Regulatory agencies and bodies, such as CETESB, through Board Decision DD-038/2017, require 3D plume modeling as a mandatory activity in research, risk analysis, and remediation of contaminated areas. Fortunately, numerical modeling of flow and transport of contaminants in groundwater is, today, a tool available to all professionals with basic concepts of hydrogeology, and not limited only to those with advanced mathematical training. Visual MODFLOW is a powerful tool, written by hydrogeologists, for hydrogeologists, who, for almost 30 years, have allowed practical applications in projects around the world. Still in 1999, for example, its original author, Dr. Nilson Guiguer, was recognized by the NGWA (National Groundwater Association of the United States) with the John Hem Award, for having been the professional that most allowed the advancement of hydrogeological science in that decade.

The current version of Visual MODFLOW Flex brings a revolutionary graphical interface, where the modeler builds the conceptual model from surfaces, lines, polygons and points in shape file, Excel and a variety of formats. All topography, geology, construction details of wells, rivers, etc., are independent entities of the numerical mesh. The mesh is then generated and the properties and boundary conditions are automatically associated with the corresponding cell. If the modeler wants to test different mesh sizes or types (traditional finite differences, telescopic refinement, or unstructured mesh), or if he wants to associate a new river or failure, just create a new mesh in a few minutes. This process makes modeling much more efficient than using traditional competitor models, where the modeler starts with the mesh. Any change in the conceptual model involves the rework of redoing the model practically from scratch.

To learn more about this powerful tool, watch the webinar below, where Visual MODFLOW Flex is used to simulate the evolution of a 3D contamination plume:

To become more qualified in flow modeling and transport of groundwater contaminants, Water Services and Technologies also offers a series of courses, the next of which will take place from the 26th to the 29th of October next. Places are limited. Do not miss this opportunity. For more information click here: 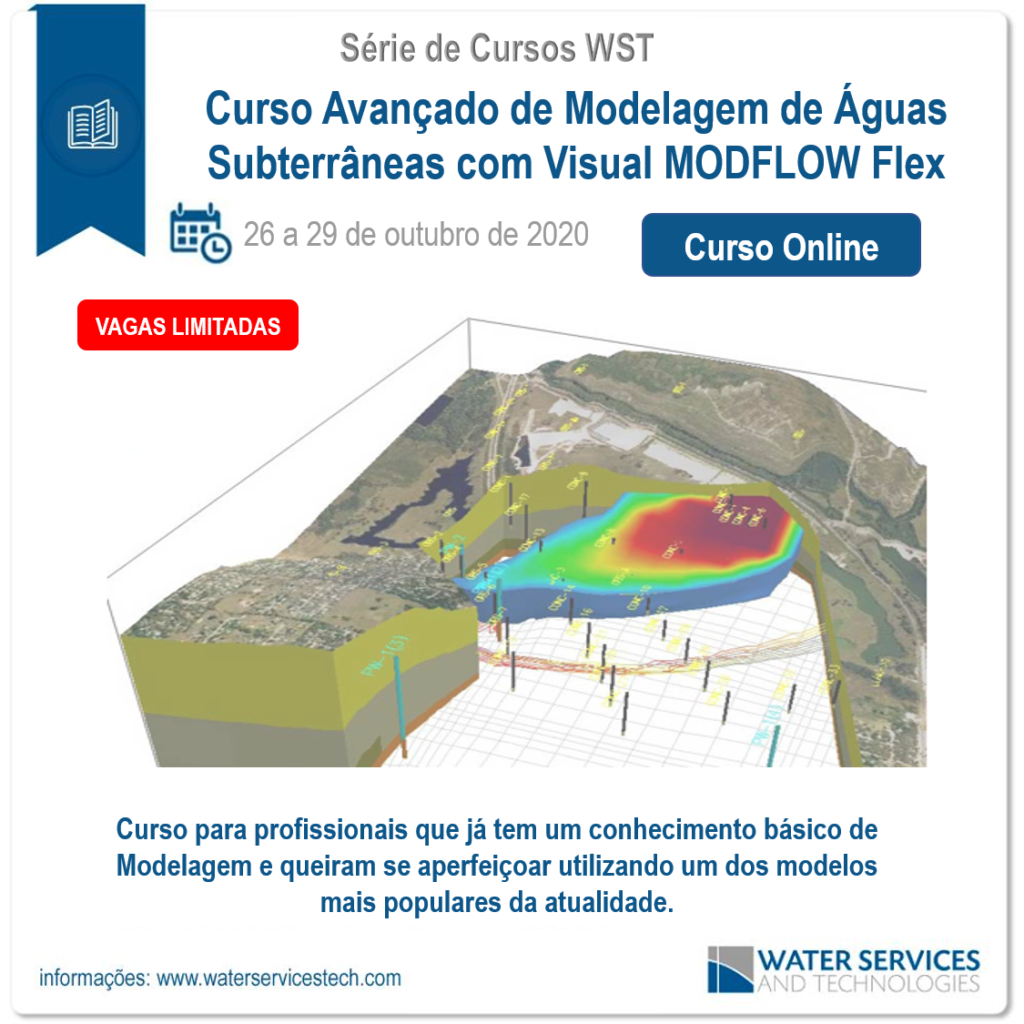