For the calculation of flow, pressure distribution of pores and loads within earth dams, taking into account drains, curtains, different materials and transient variation in the level of the reservoir, it is necessary to use robust numerical models with flexibility of mesh.

This webinar, to be presented on 09/09 (Wednesday) at noon (Brasília time) by Water Services and Technologies specialist, Nilson Guiguer, in partnership with HydroInfo and DHI, will demonstrate how FEFLOW software can be used for this type of analysis.

The following topics will be covered:

Don't waste time, this and other webinars are now available on the WST YouTube channel 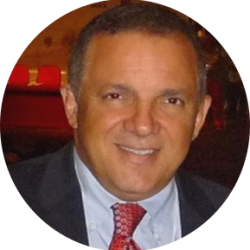 Civil Engineer, with a master’s degree in Hydraulics and Hydrology from the University of São Paulo and a doctorate in Hydrogeology from the University of Waterloo, Canada. More than 30 years of experience in water supply, soil and groundwater contamination, environmental risk assessment, groundwater protection and lowering of the water table. He was a professor at the University of São Paulo, University of Costa Rica, University of Waterloo and Federal University of Santa Catarina, and is also a recognized instructor in professional courses in several countries. Founder and President for 15 years of the company Waterloo Hydrogeologic based in Waterloo, Canada. Subsequently Vice President responsible for business in Latin America at Schlumberger Water Services where he also held the position of Global Marketing Director based in Abu Dhabi United Arab Emirates. In sequence, he was Managing Director of the Danish-based multinational, DHI, The Water Experts, consolidating its operations in Brazil. Recognized specialist in groundwater simulation, he was the author of several groundwater software packages used worldwide, such as Visual MODFLOW, Flowpath and Airflow / SVE as well as data interpretation and visualization packages such as HydroGeoAnalyst, Visual Poços and SIAGAS Web. Author of several scientific works, he was recipient of the John Hem award in 2000 by the National Ground Water Association (NGWA) of the United States, an award given annually to those who most contribute to the advancement in science in the field of groundwater. He managed several projects focused on Water Resources, distribution and water supply. He has extensive experience in the mining and oil and gas industries as well as in integrated water resources management. He is currently Director of Water Services and Technologies where he also serves as a project manager.